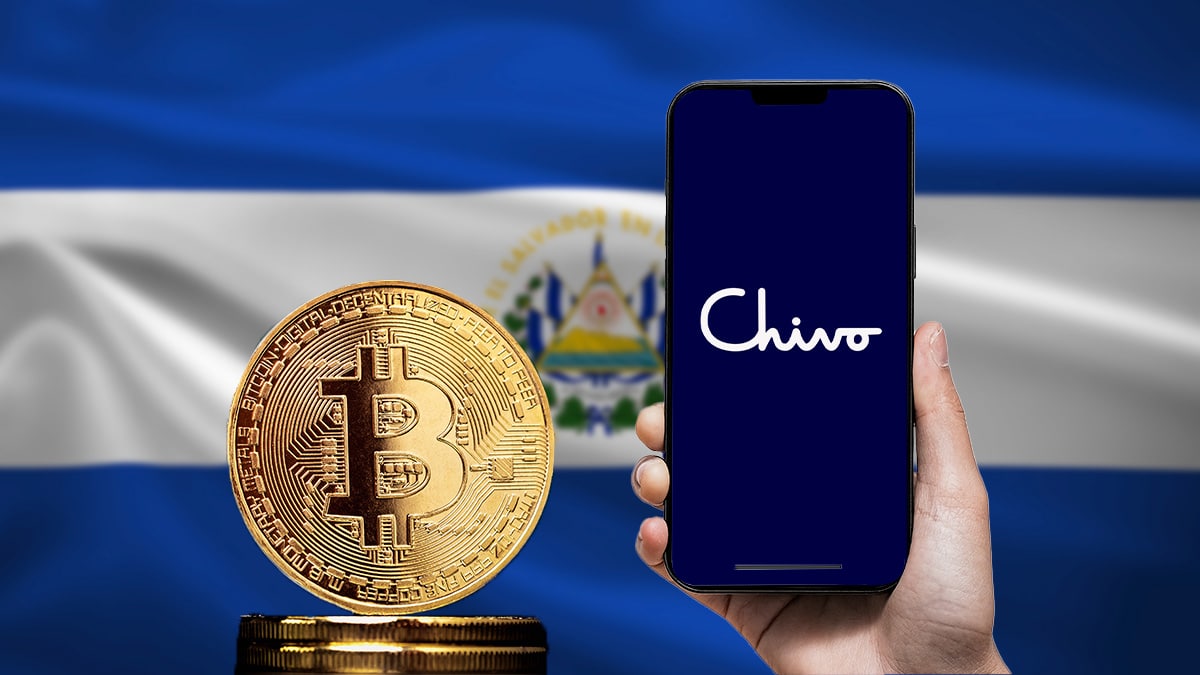 Bitcoin in Spanish is the weekly newsletter of CriptoNoticias in which we review the most important facts related to bitcoin, cryptocurrencies and blockchains in the Hispanic world.

Among the most important news of the week are the results of investigations that show how interest in bitcoin continues to grow in several Latin American countries. Despite Market Downturn, Adoption Progress Reported, particularly in Mexico, Argentina, Colombia and Panama. This, while in other parts of the region there are obstacles. This is the case of the rejection by some Salvadorans of projects such as the Chivo Wallet and the Paraguayan government’s veto of the project to regulate bitcoin mining. To go to the detail of the news of each Spanish-speaking country during the past week, we leave you the most recent Bitcoin in Spanish.

The economist and pre-candidate for president, Javier Milei, warned that the Argentine crisis could worsen to a record level. “We are at the door of what could be the worst crisis in history,” he said at the LATAM Economic Forum at the Hotel Palace Alvear. The politician, who currently works as a deputy, estimated that the inflation of the South American nation could rise to 540%. All this, while continuing as one of the countries with the largest purchase of dollars and cryptocurrencies as a refuge from strong inflation and devaluation of the national currency. In this context, the Federal Chamber of Mar del Plata established a historical precedent ratifying the embargo of funds protected in a Mercado Pago digital wallet account. It happened this September 2, when the Chamber ruled in favor of an appeal from the Federal Administration of Public Revenues (AFIP) in a case that had been dismissed in the first instance by a judge. The ruling in favor of the AFIP was taken considering that, since February of this year, this body placed digital wallets on its list of seized accounts for the payment of debts, as reported by CriptoNoticias. On the other hand, it was learned that the Argentine Grand Lodge of Free and Accepted Masons launched “CryptoMasons”, a project of non-fungible tokens (NFT) that includes a collection of 77 works of art tokenized on the Ethereum network. The NFTs will be for sale in the OpenSea marketplace, a virtual space in which the Grand Lodge already has a user profile created. Most of the profits will go directly to philanthropic works.

CryptoMarket, a Chilean exchange with six years in the market, continues its expansion in Latin America. This time the choice is Colombia. Starting last August the platform allows the sale of bitcoin and other cryptocurrencies with Colombian pesos. The Andean country thus joins Argentina, Chile, Brazil and Peru, places where the exchange already operates. Colombia is the third country with the highest adoption of bitcoin in Latin America, only surpassed by Venezuela and Mexico, according to a Finder report. Which means that it is a market of great importance for most regional exchanges. That is why CryptoMarket decided to start its operations in the South American country.

Paolo Ardoino, CTO of Tether and Bitfinex, confirmed that El Salvador’s Bitcoin bonds could be launched later this year. The executive indicated that he maintains constant communication with officials from the government of the president of El Salvador, Nayib Bukele, who informed him that they have a final draft of the regulatory framework planned for the issuance of Bitcoin Bonds. Bukele also reported on the investment of some USD 200 million to make infrastructure improvements to some 15,000 square meters in El Zonte. In the village, headquarters of the Bitcoin Beach project, the creation is planned of a shopping center, parking lot, beach club and water treatment plant “to revitalize the area.” Meanwhile, the Chivo ATMs to transfer bitcoin (BTC) installed since last year by the Salvadoran government remain lonely. The first and last time that the population used them massively was to withdraw a USD 30 bonus that whoever downloaded the application received, several Salvadorans say on social networks. 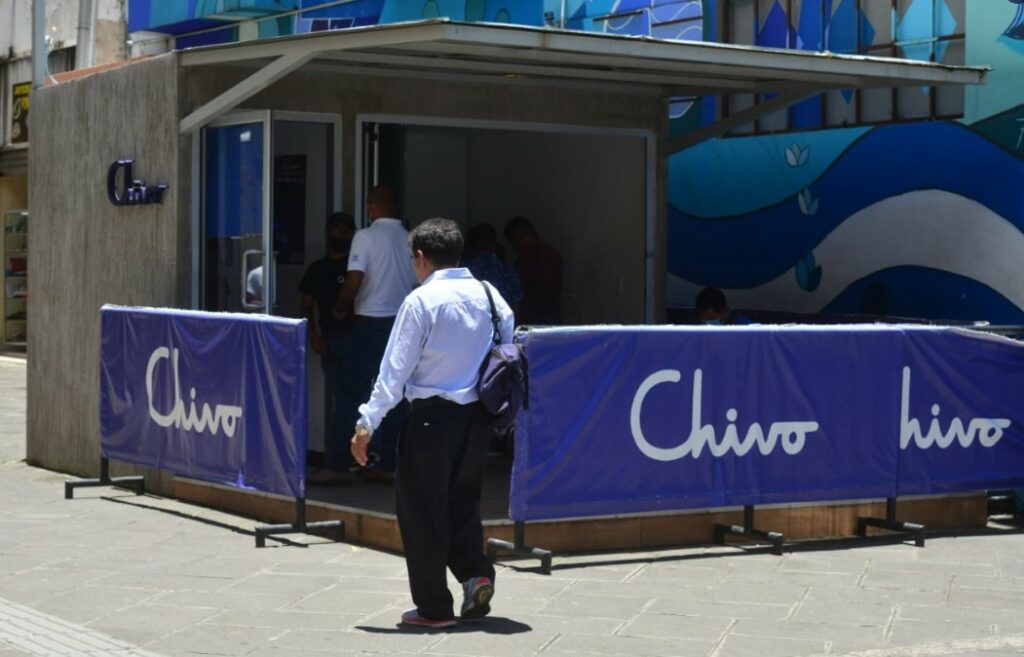 Users of Chivo bitcoin ATMs have reported on Twitter that the machine has not dispensed cash. Source: Twitter/HenryOsQuinta. On this same issue of the adoption of bitcoin in the Central American country, a Japanese youtuber who recently visited El Salvador spoke. According to him narrates on Twitter, he was surprised because of the little knowledge that many Salvadorans have about cryptocurrency and how little people talk about it.

However, US bitcoin entrepreneurs and journalists Max Keizer and Stacy Herbert have set themselves the goal of injecting capital into ambitious, bitcoin-centric startups.

Through its investment fund Zonte Capital (which already has USD 10 million) will provide funding for for one or more of these start-ups to become a unicorn firm.

After hearing the news that Binance will convert the balance of the users of three stablecoins in BUSD, the stable currency of the company, the community expressed itself in networks. This to the point that they warned that the fact represents a tax burden for users in Spain. On Twitter, Spanish tax economist José Antonio Bravo criticized the exchange’s decision. He said that, without asking for it, “a taxable event occurs to declare.” This, since when exchanging one cryptocurrency for another patrimonial variations occur that must be declared before the Spanish tax agent. In that sense, “the Spanish Tax Agency thanks Binance for its collaboration in the collection,” commented the expert in an ironic tone. For their part, economists Ramón Rallo, Pablo Gil and Daniel Lacalle spoke about the properties that make bitcoin attractive at an event held in Spain. 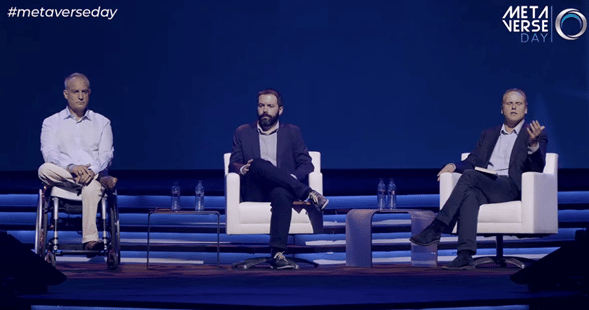 Economists discussed the Bitcoin ecosystem in a forum over the weekend. Source: MundoCrypto. Rallo highlighted that BTC is a digital asset qualitatively different from the more than 25 thousand cryptocurrencies existing in the market. He indicated that there is a whole abyss between the various units of value, being bitcoin which represents a real asset, because its valuation does not depend on the promise of the issuer. Gil, for his part, indicated that one thing is to invest to try to maintain purchasing power and another thing is to do it to earn a living by investing. While Lacalle recalled that the fact that an asset has a limited supply, such as bitcoin, does not determine that the price of this will always go up.

A survey conducted by bitcoin and cryptocurrency exchange Bitstamp highlighted that in Mexico confidence in crypto assets has remained high in this third quarter of 2022. According to the study, Mexico is in first place among the Spanish-speaking countries with the greatest interest in cryptocurrencies. This, by positioning itself with 70% confidence. Bitstamp adds that 78% of Mexicans surveyed are “actively recommending” the use of cryptocurrencies to his clients. The report notes that, despite the crypto winter, “sentiment towards bitcoin remains largely positive” for investors not only from the Aztec country, but also from Chile, Argentina and Brazil.

Between the months of July and August, Panama was among the Latin American countries that were the focus of protests against the increase in inflation. The unexpected rise in the prices of fuel, food and medicine caused people to take to the streets. A situation that lasted for almost a month throughout the country. Although the protests culminated after a negotiation between the different sectors with the government of Laurentino Cortizo, specialists consider that the solutions are temporary and do not solve the underlying problem. 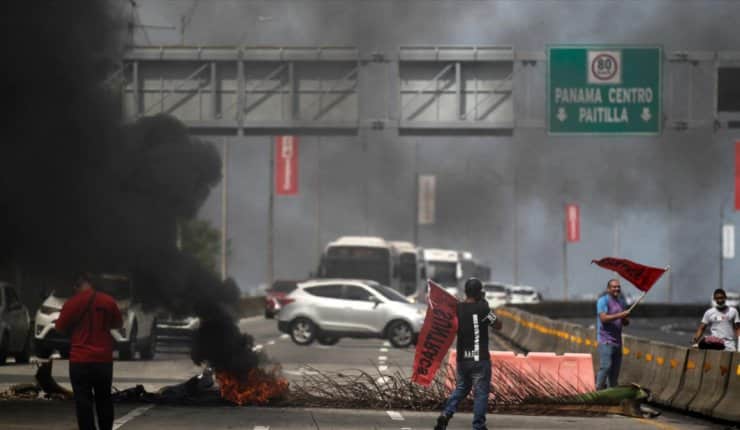 The protests took place in various regions of Panama and lasted for a month. Source: Twitter. On this subject, the Panamanian economist Ernesto Bazán predicts a “financial bankruptcy”. A context that could bring the population to go to options like bitcoin y stablecoins, even in the current bear market. In fact, at the global level, the Central American country is among the 10 most prepared to assume the adoption of cryptocurrenciesaccording to the World Crypto Readiness Report published by Forex Suggest, last month.

The president of Paraguay, Mario Abdo Benítez, objected in full the bill that seeks to regulate the Bitcoin mining industry and trading of crypto assets in that country. The arguments for vetoing the legislation focused on the energy issue and the generation of employment. According to the president, the use of the country’s abundant hydroelectric energy should “focus on prioritizing efficient sectors and activities, which at the same time generate economic, social and environmental impact.” For the government, the Bitcoin mining industry “is a transitory commercial activity that does not generate employment, and therefore does not have long-term effects on the country’s development.”

A journalistic survey carried out by CriptoNoticias to Venezuelan educators revealed a strong lack of knowledge about how bitcoin works, as well as little willingness to invest in cryptocurrency. The survey aimed to find out if Venezuelan teachers were willing to invest in BTC using the vacation bonus that the government of Nicolás Maduro delivered to the sector in mid-August. 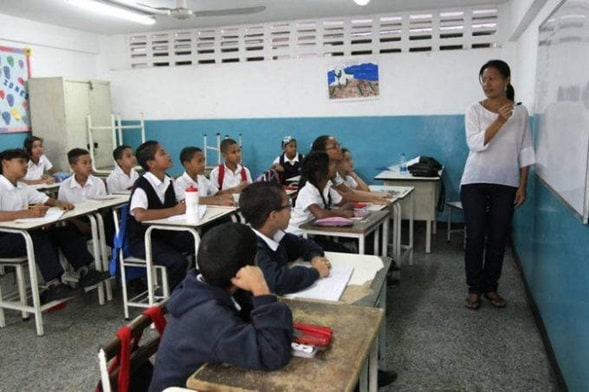 The vacation bonus for the education sector was in some cases up to USD 400 at the exchange rate in bolivars. Source: They build Country. According to the results, the 9 educators mostly used the funds to cover basic needs, without savings (in dollars or bitcoin) having a large share.

events of the week

Among the events related to bitcoin, cryptocurrencies and blockchains in the region for this week, the following stand out in the CriptoNoticias calendar:

Do you know or have a small business that accepts bitcoin and other cryptocurrencies for its products and services?

We invite you to share the information with us through [email protected] We will confirm the data provided and inform about the adoption of cryptocurrencies of that business in any of the Spanish-speaking countries.