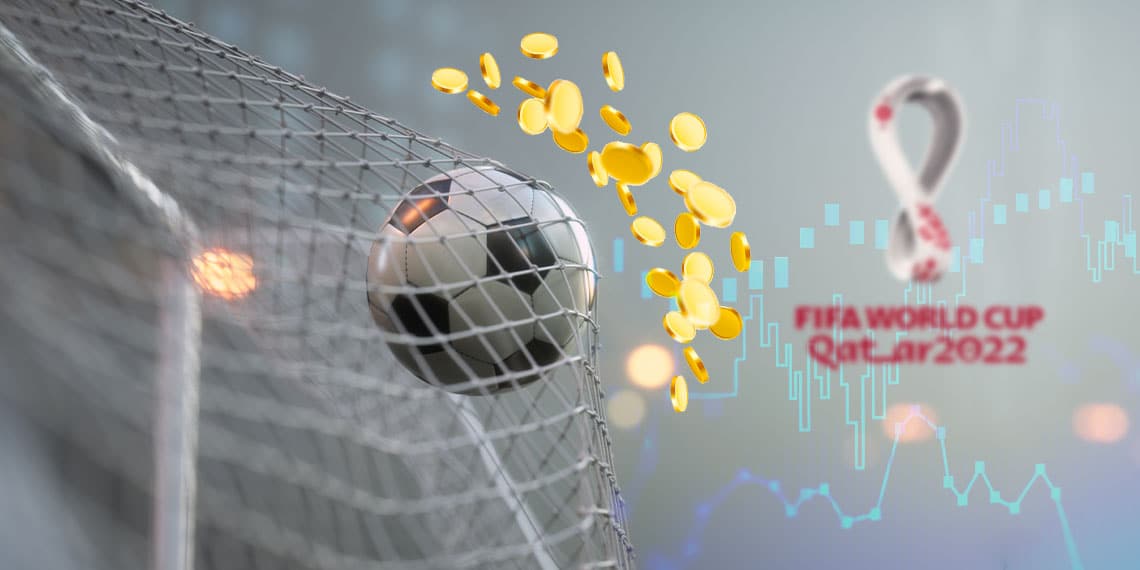 Key facts: One of the first reactions was from Argentina’s token, which lost to Saudi Arabia. Although the focus is on soccer, the FTX case continues to leave ramifications in the market. Advertising

Altcoin Radar is a weekly CriptoNoticias newsletter, where we collect the most important facts in the cryptocurrency market. In this material we address outstanding news and the behavior of prices of currencies other than bitcoin, with a list curated by the newspaper.

Although the effects of the collapse of FTX have not ended up being in the past, since this weekend the Qatar 2022 World Cup took the screens of the entire world by storm. Including the cryptocurrency market. Right after the start of the World Cup, on Sunday, November 20, various tokens related to the world of football and even to the teams present at the World Cup began to react in the market. But they did not react positively, with a price increase derived from the start of the most anticipated event of the year in sports. Rather The fan tokens of some of the biggest teams present in Qatar dropped sharply without even having debuted yet.

Presumably, it was a “buy the rumor, sell the news” phenomenon, taking into account that soccer tokens had been appreciating prior to the World Cup. But the tokens of teams like Argentina fell between 10% and 15% between Sunday and Monday. The Argentines fared even worse on Tuesday. Not only did they lose a surprise match against an opponent no one expected to play the way they did, but the loss to Saudi Arabia was reflected in a crash in just a couple of hours for the ARG token. Days before the World Cup, one of the biggest stars in the world announced an agreement with the most important cryptocurrency exchange on the market. One would expect what happens to their team and their respective token once they start playing.

Traces of the FTX effect

As expected, the FTX case spikes and spreads, beyond the bankruptcy of the company and other associated organizations. The hacker, who would have stolen millions of dollars from the platform after the scandal, would be exchanging the ether (ETH) obtained from the exchange for other cryptocurrencies. According to analysts, it is not only that the hacker moved that money to make it more difficult to trace. Also, while he was doing it, helped accentuate the market decline, not only for bitcoin but for ETH and cryptocurrencies in general. On the other hand, stablecoins that run on the Solana network (also marred by the FTX scandal) were in trouble: the largest exchanges were announcing the end of support for these coins on their platforms during the past week.

Still connected to the FTX case, one token benefited greatly from the whole scandal. Being the token of a cryptocurrency wallet, doubled its leveraged market value in the campaign for self-custody of funds undertaken by industry personalities and even representatives of various well-known exchanges. In fact, Changpeng Zhao himself, CEO of Binance, gave support to said wallet, contributing to its rise in the market in recent weeks. Another of the cryptocurrencies that he has highlighted recently is Litecoin. On the one hand, thanks to its new position as one of the most profitable options for mining after the Ethereum Merge. But more specifically, LTC has been possibly triggered by the proximity of an event that is written in its code and it is a direct inheritance of Bitcoin, the network from which it was born. Like bitcoin, litecoin behaves with market cycles associated with this characteristic, which is also directly related to its monetary policy. And since we are with winning cryptocurrencies, we will close this edition of our Altcoin Radar with some highlights, among the few survivors of the market crash that FTX generated: the most striking thing about the list, with 5 cryptocurrencies in particular, is that there are two exchange tokens with recent good performance. Given the FTX scandal and the loss of trust towards exchanges, it is curious that the market is rewarding tokens from exchange platforms. After all, FTX’s relationship with its FTT token has been one of the pillars of the exchange’s failure.Advertising